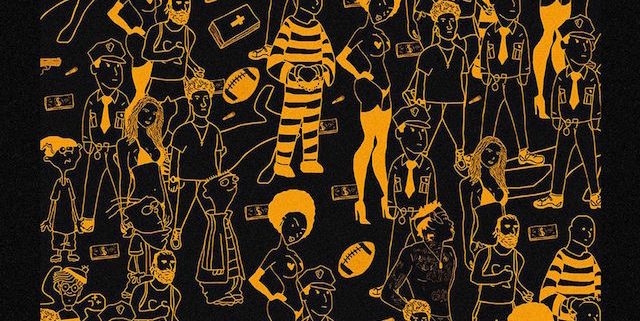 It only takes one listen of J.I.D’s The Never Story to realize why J. Cole and the good people at Dreamville decided to add him to their illustrious roster. The East Atlanta spitter’s lyric-driven rap style is basically contemporary counterculture in the South; something that J. Cole himself dealt with during his slow-burning come up. In most cases these days, making out of the Atlanta scene might be easier than in most places Hip Hop hotbeds but to do so without touching a trap beat or messing with multiple layers of Auto-Tune is always impressive — or at least impressive enough to earn a Dreamville contract.

J.I.D brings a certain amount of bounce to this project but J. Cole’s conscious recluse blueprint is followed to a tee. After a brief one-minute motivational gospel croon, J.I.D puts that rap hat on and gets to work. There’s a mix of character development and aimless hater checking on “General” but a proof of talent nonetheless. “Even before grades, going to my brother court dates/And I asked my momma bout what he did but they’d never tell me/Then I figured he killed a nigga or got caught for some dope he selling” provides a dark yet discerning look into his upbringing – which then makes the unreceptive vibe of “Swear your raps so boring, nigga/Then you say you trap, you be lying nigga/I don’t fuck with none of y’all happy trappers” make a little more sense.

He really steps up his bravado on the million viewed hit “NEVER”. Christo Welch and Childish Major provide the type of hypnotic beat that has the potential to choke slam you into the sunken place. J.I.D dives deeper into his ‘perseverance despite hard times’ narrative that concludes with a “make the crowd jump like Zoboomafoo” bar, thus snapping you back to the reality that he’s still a millennial that isn’t afraid to rap about a talking lemur.

From there, he plays topical chairs just as any good debut would: females, family and friends. The former has J.I.D going full loverboy mode with diary-worthy bars where he quips “why you playing with my heart”? The latter shows up in explicit detail on “EdEddnEddy” and then on wax with Earthgang-featured, J. Cole-produced posse cut “D/vision”. These cuts, dripped in comradery contrasted to the album’s top “fuck everyone” vibe, are a little misleading especially on a major debuted aimed to give listeners a concise snapshot of who he is.

If there is one hypothesis that J.I.D wants you to walk away with after bumping The Never Story, it’s the notion that he can rap well. Which he can. The opening lines on final track “LAUDER” sum it up best: “Okay I told motherfuckers I was sick as a bitch/ Southern lyricists don’t exist like my flow is a myth”. We all know southern lyricists do in fact exist but in today’s mumble game, it’s refreshing to have him remind us with 12 tracks of crafty lyrics and crisp beats.