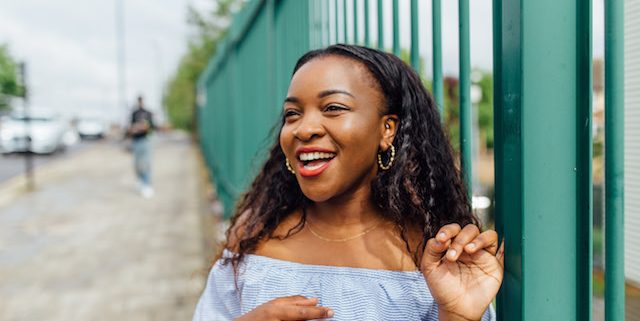 Hailing from Catford, South-East London, Ray BLK (real name Rita Ekwere) is an R&B singer/songwriter known for her introspective and socio-political lyrics. She grew up heavily influenced by music, having grown fond of Timbaland and Missy Elliot performances on music channels such as MTV Bass, and grime artists on Channel U. Having decided that her dream was to pursue a career in music, she set the wheels in motion at the age of ten, penning her own lyrics in her school notebooks, which led her teachers to put her in a music program for talented young individuals. She continued to explore her creativity throughout her teens; when she was 13 she worked on some of her earliest material with fellow school pupil and future record producer and songwriter MNEK, in a group the two had created called New Found Content. Although the project’s end results never saw the light of day, it proved a significant cornerstone in the young creative’s journey. It wasn’t until the final days of her University studies in English Literature that she felt ready to put her voice out into the world, and delved through the lyrics, songs, and assorted instrumentals that she had kept over the years. It didn’t take long for some cohesive material to come together, and she ultimately decided upon the stage name of BLK, which stands for “Building, Living, Knowing,” and put together some finished material. Inspired by the character of Ms. Havisham in Charles Dickens’ Great Expectations, she described the character’s journey as being “like a lot of women around me, who got their heart broken” and put together her first EP, Havisham. It was the public’s first real introduction to the young singer/songwriter and had an instant impact. Alongside her impressive collaborations with artists such as Dream Koala and SELVSSE, her verses evaded the surefire rap-influenced vocals of her youth and moved closer to an area that combined elements of hip-hop, R&B, and neo-soul. The release led to an ever-increasing fan base for the young singer beyond the fringes of her native Catford. She went released the single “50/50” in 2015 — a woozy, languid, and magnetic R&B piece consisting of mordant lyrics directed at an old flame. The track earned her a high spot on BBC 1Xtra’s playlist as well as the honorable “Record of the Week” from BBC Radio 1’s Huw Stephens. 2016 saw more success for Ray BLK. Generally considered her “breakthrough track,” “My Hood” featured grime heavyweight Stormzy. The song was appealing because it was a bittersweet ode to its author’s hometown, and it also highlighted the struggles and stresses of living in gentrified parts of the city. This way of reminiscing about her youth and growing up earned her a comparison to Stateside R&B legend Lauryn Hill, as well as other soul artists such as Amy Winehouse, and exemplified BLK’s ability to combine a myriad of influences without being consumed by a single particular style. Both “50/50” and “My Hood” were featured on BLK’s second release, the mini-album Durt. Alongside Stormzy, the effort also featured collaborations with Wretch 32 and SG Lewis. Ray BLK’s status among both fans of urban music and music industry critics earned her widespread praise and a nomination for the BBC Sound of 2017. She won the award in January 2017 and continued to write more material.

THEY
Scroll to top