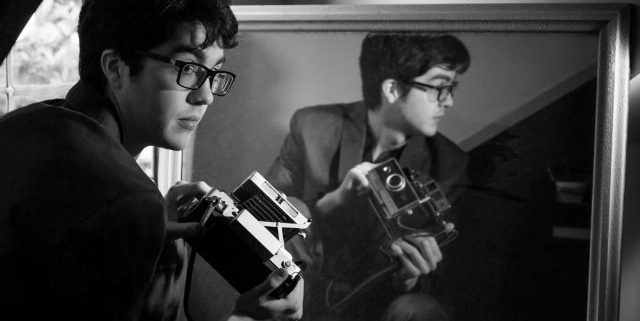 Will Toledo isn’t perfect. But he’s loud, honest, and painfully aware of his place in the world.

With his thick-rimmed glasses and sheepish demeanor, Will Toledo is much more Clark Kent than Superman. Sure, the 23-year-old songwriter behind Car Seat Headrest may be taller than most of the people he stands next to, but he has yet to find the particular swagger that’s so often apparent in rock stars of his stature.

Don’t blame the good folks at Matador Records, who have done everything they can to position Toledo as the heir apparent to Stephen Malkmus, Robert Pollard, and other titans of guitar-based indie rock. Last October, the label released Teens of Style, a collection of songs hand-selected from Toledo’s 11 Bandcamp albums and re-recorded as his proper solo debut. It was meant to register as a sonic boom on the rock-music landscape, but its frequent lightning flashes of brilliance only signified something bigger to come.

That something bigger has now arrived in the form of Teens of Denial, Car Seat Headrest’s second proper studio album and the first to feature an all-new collection of songs. “It’s sort of a unique situation,” Toledo explained when we caught up with him in Los Angeles, before a headlining show at the Natural History Museum of all places. While their names are similar, Style and Denial aren’t exactly sibling albums. Toledo describes Denial, out via Matador on May 20th, as the most ambitious thing he’s ever done, and early singles like the sprawling “Drunk Drivers/Killer Whales” might be the closest indie rock has come to perfection since Pavement bit the dust.

Rousing choruses, cut-to-the-heart lyricism, superfluous alter-egos — Teens of Denial pretty much nails every single ingredient that goes into a great rock record. And standing at the center of it all is the quiet, contemplative Toledo, who might just be the indie rock Superman we’ve been waiting for all these years. After chatting with the guy in person, here are five reasons why the glasses aren’t fooling us.

Toledo may be a few years removed from his teens, but he isn’t trying to hide the fact that teen angst still dominates his songwriting. “Drunk Drivers/Killer Whales” approaches that well-worn topic from a different perspective — or rather, several different perspectives at once. Toledo knew he wanted to write a song about that vague, listless, depressing feeling that settles in on the way home from the party, but he also wanted to reach beyond that, toward some kind of cosmic truth. He had just finished watching the documentary Blackfish and felt equally depressed about its depiction of captive killer whales, so he thought, “Why not conflate both forms of depression?”.

“Yeah, that was a thing where two separate, unrelated ideas came together,” he explains. “After the movie, I just had this idea for what became the bridge and the lyrics in the bridge. I think the killer whales is a perfect image that takes you away from the immediate action and draws out a contrast and comparison between the two ideas. And you know, you go from a car at night to a tank or an ocean.” The result is an odd kind of poetry, which looks silly on paper but really does find a new, mature way to approach the theme of teen angst.

It’s funny, Toledo observes, how the angsty music one listens to as a teen can be painful to revisit as an adult. He’s doing everything he can to fulfill the noble mission of writing honest, angst-ridden music that will actually stand the test of time. “I’m kind of impressed with my tastes as a kid,” he says. “As far as angsty music, I was into Nirvana, which still holds up, and Green Day, which I think in comparison to a lot of other pop-punk bands, they do hold up. American Idiot is still a pretty impressive concept album.

One of the most delightful moments on Teens of Denial comes in a song called “There Is a Policeman in All Our Heads, He Must Be Destroyed”. The song starts off sounding like a straightforward cover of The Cars’ “Just What I Needed”, but Toledo superimposes his own vocal melody on the intro, and soon the “cover” becomes a new song entirely. It’s not until the song’s outro that he returns to the Cars song that inspired him, at which point it catches the listener off-guard. It’s a weird and delightful experience, and none other like it comes to mind.

Except for the fact that Toledo has been pulling off this trick for a while now. He brings up one of his earlier tracks, “The Gun Song”, which appears on his 2013 Bandcamp album Nervous Young Man. “My idea is that it would be a cover of Neil Young’s ‘Down by the River’, but that it would be extremely long and it would only go into that song at the very end of it. So that was the idea, that I would sort of showcase my own songwriting material in what was supposed to be a cover.”