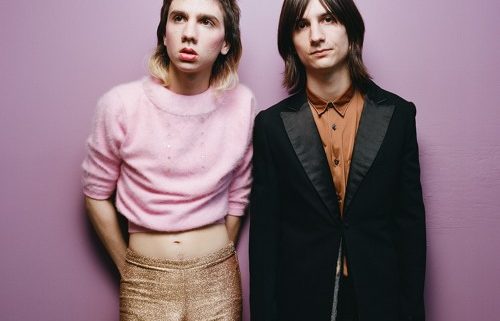 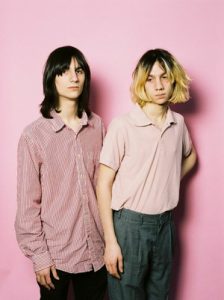 Eccentric, theatric, and utterly uncategorizable, The Lemon Twigs is one of the more curious bands to have emerged in 2016. Composed of two teen brothers Michael and Brian D’Addario, who are joined by keyboardist Danny Ayala and bassist Megan Zeanowski when performing live, the group’s sound can most closely be identified as psych rock, but with hints of retro funk, soul, and punk mixed in. Along with providing vocals, each brother is a multi-instrumentalist; both play the guitar, keyboard, and drums, while Brian is also proficient on horns and strings. Their debut album, Do Hollywood, which was released in October, is unique in that none of the songs on it were co-written by the brothers. Rather, each musician wrote his own songs, which alternate throughout the record, resulting a strange yet harmonious back-and-forth. If you can, we recommend you see them live. You’ll dig their throwback hairdos and Wes Anderson-esque wardrobes, which will make you feel like you’ve been transported back to an experimental, underground show during the golden ages of rock.

COULD BIG-SHOT SONGWRITER JULIA MICHAELS BE A POP STAR IN HER OWN RIGHT?
Scroll to top