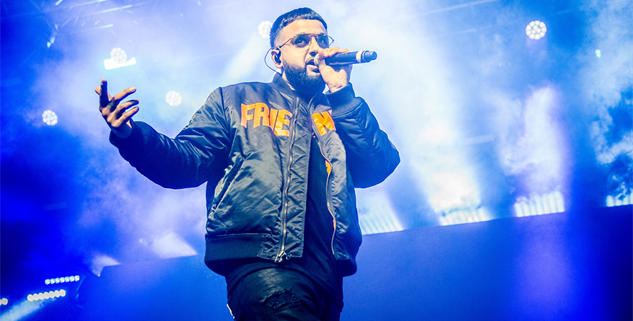 Navraj Singh Goraya, known by his stage name Nav, is a Canadian hip-hop artist and producer. He is known for his friendship and collaboration with The Weekend.

Nav was born in 1989 in Rexdale, Ontario. He pursued music in 2015, through posting his songs on SoundCloud. Notably, Take Me Simple, gained some internet attention. Furthermore, he co-produced and co-wrote Drake’s Back to Black, a diss of Meek Mill. In 2016, Nav became famous, after Kylie Jenner promoted his song Myself, on her Snapchat. Moreover, his songs Take Me Simple and The Man were broadcasted on Beats 1, OVO Sound’s radio (owned by Drake).

In late 2016, Nav was featured on Travis Scott’s hit Beibs in the Trap. The single received a gold certification and peaked at number 90 the Hot 100 chart. Finally, in February 2017, Nav released his self-titled debut mixtape, through XO and Republic Records. The lead single, Some Way, with The Weekend, topped the Bubbling Under Hot 100 chart and reached number 38 on the R&B/Hip-Hop Songs chart. The song is possibly related to Nas’ feud with Justin Bieber. Additionally, the song received a music video in March. Myself was shortly released as the second single. Most recently, a music video for Good for It came out, containing scenes with Naz on The Weekend’s tour.

This article originally appeared on MusicLyrics.

STANAJ DEBUTS NEW SINGLE “THE WAY I LOVE HER”