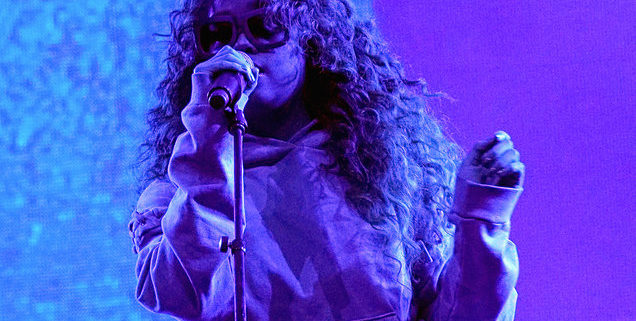 Presented anonymously, contemporary R&B artist H.E.R. debuted on major-label RCA in 2016. H.E.R., Vol. 1, released for streaming and as a download that September, was a seven-track EP of downcast post-breakup material, mostly ballads, that sounded vulnerable and assured at once. Promotion was limited, but labelmates Alicia Keys and Bryson Tiller helped spread the word through social media. Among the selections was a cover of Drake’s “Jungle.” Follow-up release H.E.R., Vol. 2 arrived in June 2017.

ALT-ROCKERS A WILL AWAY DEBUT VIDEO FOR ‘GRAVITY’