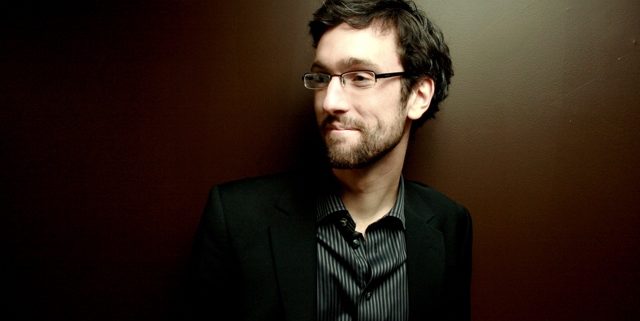 Like his trademark suit, David Myles’ music is timeless. Regardless of quickly passing trends and fads, it will persevere. From soulful, contemporary pop crooners to delicate, jazzy folk ditties, and down-home, back porch roots tunes to infectious hip-hop earworms, David’s only artistic constants are his always growing, shape shifting songwriting, and his exceptional ability to entertain.

David effortlessly injects any song with his irresistible energy, which has led him to numerous collaborations – with a Latin Grammy winner to a world renowned opera diva to a Canadian hip hop star. His endearing live charm, coupled with an uplifting sense of humour, has gained David an increasingly large fan base, and afforded him frequent festival appearances.

Hovering somewhere around a magic spot between James Taylor and Justin Timberlake, David’s diverse set of musical tools has garnered a staggering number of prestigious nominations and awards and numerous high profile music placements around the globe, from the US hit series “Parenthood”, to Australia’s popular “Packed to the Rafters”.

Myles has earned a reputation as a great showman. His flawless musicianship and unforgettable stories have made him a favorite with fans everywhere.